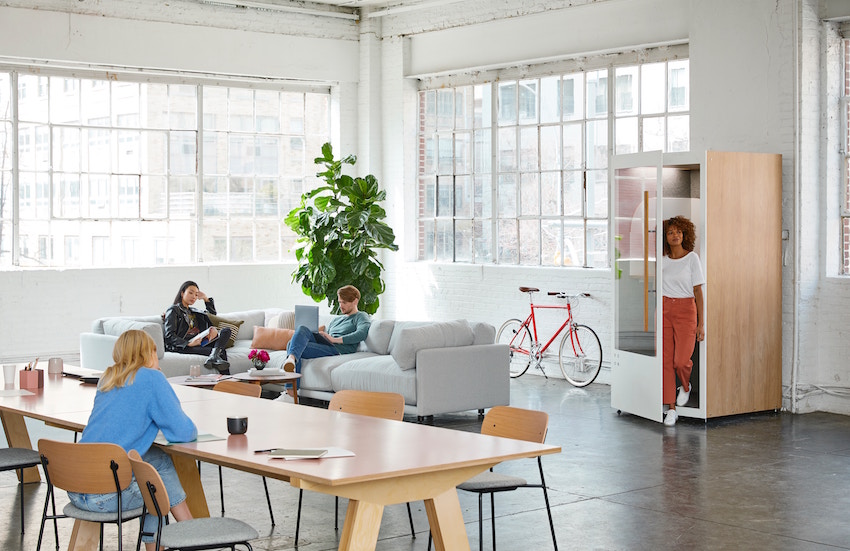 3 Crucial Aspects of Company Culture to Consider Before Taking the Job was originally published on Firsthand.

A solid paycheck and good benefits package are important when you’re looking for a new position. But comp and benefits alone aren’t enough to keep you happy at work.

In fact, finding the right fit goes way beyond the financial lures, writes Harvard Medical School psychologist and author Susan David in Virgin Pulse. And David sees a growing trend of companies “bringing the humanity back to the workplace,” based on a better understanding of human psychology at work and how it impacts every aspect of people’s wellbeing, productivity, and engagement.

And so, before accepting a new position, it’s extremely important to explore your prospective employer’s office culture more deeply. To that end, below we look beyond compensation and benefits to focus on three important things to consider before taking your next job offer.

1. Surroundings that express the company vibe

The office environment has a lot to do with your productivity and happiness. The trend of the “open office” is lately proving to be unpopular, and that makes it ultimately unsustainable.

“The basic logic behind the open offices is that tearing down physical barriers inspires communication and collective creativity,” writes Nsikan Akpan, digital science producer for PBS NewsHour. “Like bees in a hive, the theory goes, it should promote social intelligence.”

But the theory doesn’t translate to reality, writes Akpan, citing a study from Harvard University which found that exactly the opposite is true. The open office model has actually stifled face-to-face communication, while digital communication has skyrocketed.

So, is it time to head back into the cubicles? Not likely, but forward-thinking firms are embracing a more humanistic approach to office design.

“I wanted to create spaces that bring people together,” explains Supermetricsfounder and CEO Mikael Thuneberg of the company’s new headquarters in Helsinki, Finland. Thuneberg says that his idea was to build “something special,” which meant an office with a sauna room, a 200 square meter rooftop terrace, and an interior concept that eschews long tables under harsh lights, opting instead for beautifully design clusters of desks, wire mesh clouds floating from the ceiling, and masses of plants. Oh, and a giant pit of foam blocks.

It’s not about kitschy design or trendy perks. It’s about wanting to create a space that echoes the company’s organic, sustainable growth while creating a cozy setting for the team.

“We wanted to have something home-like rather than office-like,” Thuneberg continues, stressing how important the human experience is to the time we spend at work. “We don’t wear shoes in the office to make it feel more like home.”

When you visit a potential employer, take a careful look at the surroundings. They should match what you’ve read and been told about the office culture, and they should give you a good feeling about spending a good part of your day there.

2. Mental wellness awareness as a priority

Even with the sweetest office setup, burnout can be a real problem. It’s so widespread and insidious that the World Health Organization recently made “burnout” an official medical diagnosis. And it’s not just burnout; mental health issues are easily compounded by office stress, according to the American Psychological Association.

As more companies focus on bringing humanity back to the workplace, they are becoming active advocates in supporting their team’s overall mental wellness.

“When companies focus on destigmatizing mental illness and supporting employee mental health, they create workplaces where people feel comfortable being themselves and safe in addressing their concerns with leadership,” writes Kevin Ricklefs in Recruiter. Ricklefs is the VP of talent management at CHG Healthcare, and uses that position to advocate for a more people-centric approach to human relations overall.

During the interview process, don’t be afraid to ask about the company’s culture regarding mental wellness, and aim to understand if they’re supportive of the whole human in their approach to human resources. This kind of open and frank discussion can tell you a lot about the culture and if it’s a good fit.

Overall job satisfaction is often highly related to how much individual autonomy a team has. In some workplaces, this means people can set their own schedules, work from home, or take as much time off as they need. As Tanya Robertson writes in Chron, “Work environments that are more autonomous in nature have not only higher job satisfaction, but also better productivity.”

This kind of freedom is often a powerful lure for new hires. Yet it can come with a definite downside. While an autonomous style of work is often characterized as the goal, it can leave workers feeling isolated and out of reach.

There’s a fine line between autonomy and isolation, especially now that more jobs are remote and our face-to-face interactions become more digitized. Staying connected to your remote team is critical, with daily check-ins and consistent performance evaluations.

It’s important for you as a job seeker to understand how much interaction you’ll have with your direct supervisor and peers, and ask pointed questions during the interview process about how the team operates, both in person and remotely.

Smith Willas is a freelance writer, blogger, and digital media journalist. He has a management degree in Supply Chain & Operations Management and Marketing and boasts a wide-ranging background in digital media. You can follow him on Twitter.